Organised by Kesatuan Mahasiswa Hindu Dharma Indonesia (KMHDI) Head Branch of Gorontalo, in collaboration with Bhagavad-gita Centre (ISKCON), Gorontalo, the International Bhagavad-gita Seminar was held at the Banthayo Lo Iladiya (Official Hall of the Mayor) for the first time in Gorontalo City on 16 December 2017. The event was supported by the Mayor of Gorontalo, Hindu Parisada Gorontalo, Association of Islamic Students of Indonesia, Nadatull Ullama of Indonesia and Gusdurian Gorontalo. 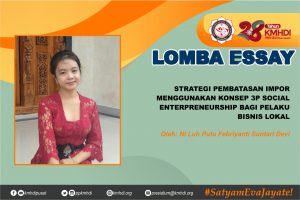 Gorontalo is an Indonesian province on the island of Sulawesi. Historically it has been a centre for the spread of Islam in Eastern Indonesia. It is also known as ‘Serambi Medina’ or ‘the Land under Medina’s Porch’.

Year 2014. Gorontalo City in Sulawesi, Indonesia, was completely uncharted and new to two devotees from Bali who had arrived for the first time at Gorontalo with the message of Srila Prabhupada. Srigarbha Das and Gadadhar Das landed at Gorontalo airport after changing two flights. With them they had some home-made bread, some dry mahaprasad, a small portable gas burner and two small utensils to cook in emergency. But the most important luggage they had was Srila Prabhupada’s books. The year before, His Holiness Subhag Swami had suggested to Srigarbha prabhu that Gorontalo may be a good destination to distribute our books as Manado, a prominent tourist spot, was also nearby. They had no contacts, no place to stay… their only shelter was the hare Krishna mahamantra and Srila Prabhupada books. Within a short time they were met by some well-wishers who arranged a place to stay for them and very quickly many University students came up to them to take the books and arranged public lectures. The leaders of the Hindu community also extended their support. This was followed by a seminar at the State University of Gorontalo with question answer session that lasted for four hours. Most of the books were distributed and many commented that it was the first time they had found a very nice Bhagavad-gita book. Later in 2016, Bhakta Nengah Sadra bought a small house in Gorontalo city and established Bhagavd-gita centre for assisting the students who were regularly chanting by then. Assisted by two more families and other friends, Bhakta Sadra, along with students of State University and KMHDI organised the International Seminar on Bhagavad Gita 2017: “Universal Values of Bhagavad Gita for Promoting Peace”.

The seminar was named as “Rise for the Nation” International Seminar on Bhagavad Gita 2017, theme: “Universal Values of Bhagavad Gita for Promoting Peace.”
The main speakers of the seminar were Sachiputra das (I Made Joni Santana Putra) from Bali, Indonesia and Ramanuja das (Robindro Aribam) from Manipur, India representing ISKCON and Yayasan Institut Bhaktivedanta Indonesia. Sachiputra das spoke on ‘Relevance of Bhagavad-gita for peace of mind’, stressing on the point how without our knowledge our mind and sub-consciousness becomes affected by what goes on around us especially movies, music and advertisements… also known as subliminal effect which can dangerously affect one’s mental state, health, habits and in extreme cases, may even lead to suicides. He pointed out that the solution is to reconstruct the mental state by tuning our consciousness towards the teachings of the Bhagavad-gita. Ramanuja das gave a brief talk on ‘Bhagavad-gita: Its relevance in daily life’, that how the teachings of Bhagavad-gita can be applied universally and how all living entities are connected as brothers and sisters through a common father, Krishna or God. It was wonderful to see all the participants, mostly students from other faiths, appreciating the chanting of the Brahma Samhita and the mahamantra kirtan that we performed during invocation and at lunch break respectively. Question and answers continued through to the second session of the seminar as well. The University Students also presented two traditional Balinese dances and read out sloka from the Bhagavad-gita.

One hundred Bhagavad-gita and other books were distributed during the event. Even though more than ninety percent of the audience were from other faiths they appreciated the clarity of the message in Bhagavad-gita as it is; one student later wrote in his blog that he started reading Bhagavad-gita and everyday he is getting new enlightenment; another senior gentleman who is the head of an organization and even though he is not a Hindu, he expressed that although he could not understand the Sanskrit invocation (Sri Brahma Samhita) he felt very happy within his heart when he heard it.

In essence, the seminar was a huge success considering the positive response received from the participants after the event; two main radio channels of Gorontalo, Radio Republic Indonesia (RRI) and radio Suara RH, officially invited the speakers and conducted interactive talk program as well as recorded kirtans so that they can broadcast it regularly on their channel. This is the first time in Indonesia that the mahamantra kirtan and Vaishnava bhajans will be broadcasted on Government radio channels.

All the praises and nice comments that the people of Gorontalo and other parts of Indonesia are sending to us, it actually belongs to Srila Prabhupada, our previous and present acharyas. The moon itself has no light of its own; it simply reflects the light from the Sun which the Sun has mercifully bestowed upon it. And when the moon shines everybody appreciates the moon… similarly although many people have appreciated us beyond our expectations, they are actually glorifying our acharyas because we are just like the small pieces of glass which are of little or no value at all but when these pieces of glass reflect the light coming from the Mahabhagavatas, they sparkle and become very attractive to everyone.

We would like to thank Sridhar prabhu, Sandhini Mataji and Sunagara Prabhu who came all the way from Tolai to help in the preparation for seminar, for conducting the fire sacrifice at the new preaching centre and for arranging mahaprasad for all devotees. We thank Srigarbha Prabhu, Gadadhar prabhu and Nityalila prabhu for being the moderators and translator for the event. Our heartfelt gratitude goes to H. H. Kavichandra Swami and H. H. Ramai Swami for their advice and support for expanding sankirtan in Indonesia. We are indebted to H. H. Subhag Swami for being the inspiration behind preaching in Gorontalo. We are so much obliged to all our friends and well-wishers for their help and support. Our special thanks goes to all the students and our new friends in Gorontalo who organized such a wonderful event. | Sumber: http://www.dandavats.com/ 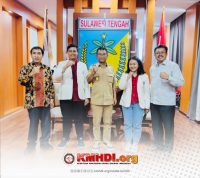 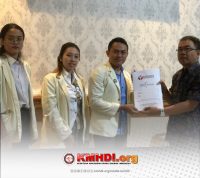 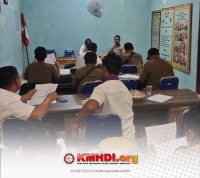 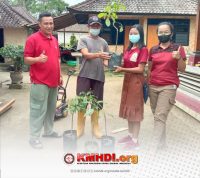 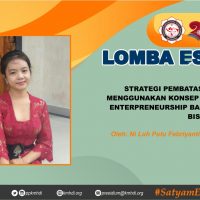 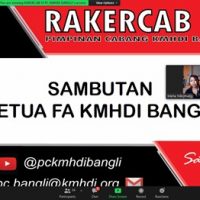 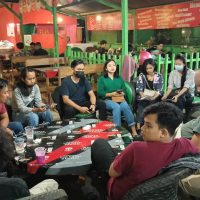 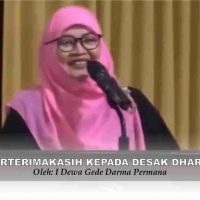 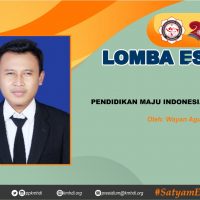 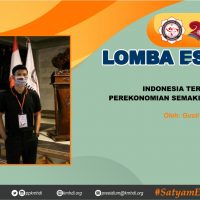 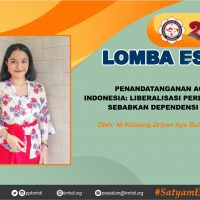 By  adm.kmhdi
Share this ArticleLike this article? Email it to a friend!
Email sent!